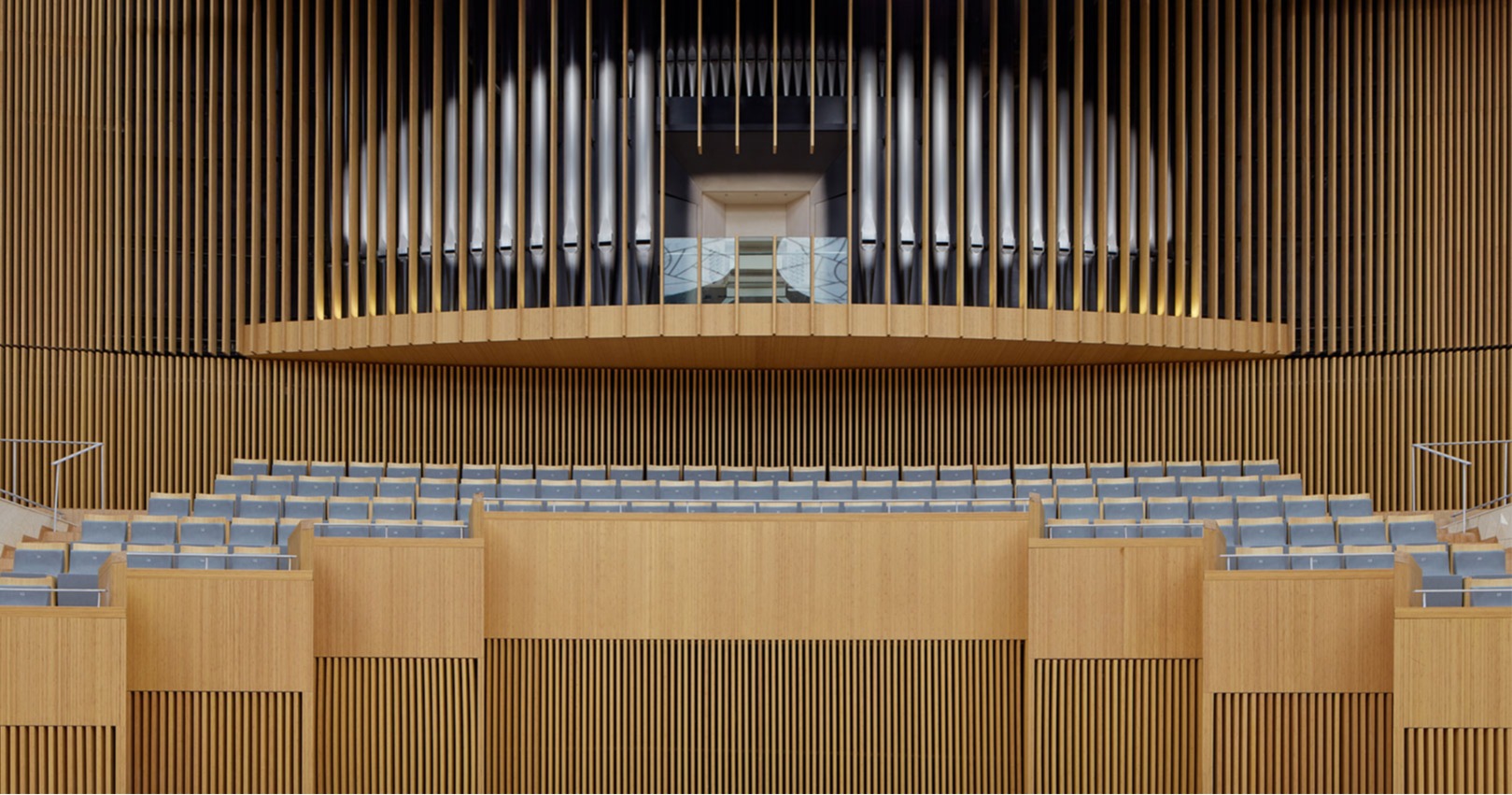 The new organ at the Strait Cultural Arts Center in Fuzhou has 60 stops and 52 ranks of pipes, for a total of 3202 pipes of metal and wood. The organ is built with two actions, and therefore can be played from two separate consoles with four keyboards and pedalboard. The first console, of mechanical action, is attached to the organ, and the keys are connected to the pipes through mechanical linkages. The second console is moveable on the stage and is connected to the pipes electronically through a multiplex system.

Tonally, the organ is of French influence, very versatile and enables the musicians to play a very broad range of organ literature, both solo works and works for organ and orchestra, as well as improvisation, jazz, etc. Beside the usual Great, Positiv and Swell divisions, the fourth one is a Resonance. In an expansive architectural space, this concept of Resonance allows it to share the bass notes of ten of the thirteen registers with the Pedal division. The Resonance brings additional voices and color possibilities to the Great division, with harmonics of the 16’ and 8’ series, and additional foundations including a Harmonic Flute with ascending singing character.

On the visual standpoint, the contemporary-looking organ façade was designed in close collaboration with PES Architects to complement the elegance of the hall. The design intention, rather modest but elegant and contemporary, is to integrate the organ with the interior material, which is reminiscent of modern bamboo. The shading on the pipes creates the focal point in the hall and was achieved in close collaboration with the architects.

The organ case of birch and visible pipes frame the musician, thus putting all the attention on the virtuosity of the organist and the rich character of the instrument in symbiosis with the setting of the Strait Cultural Arts Center.