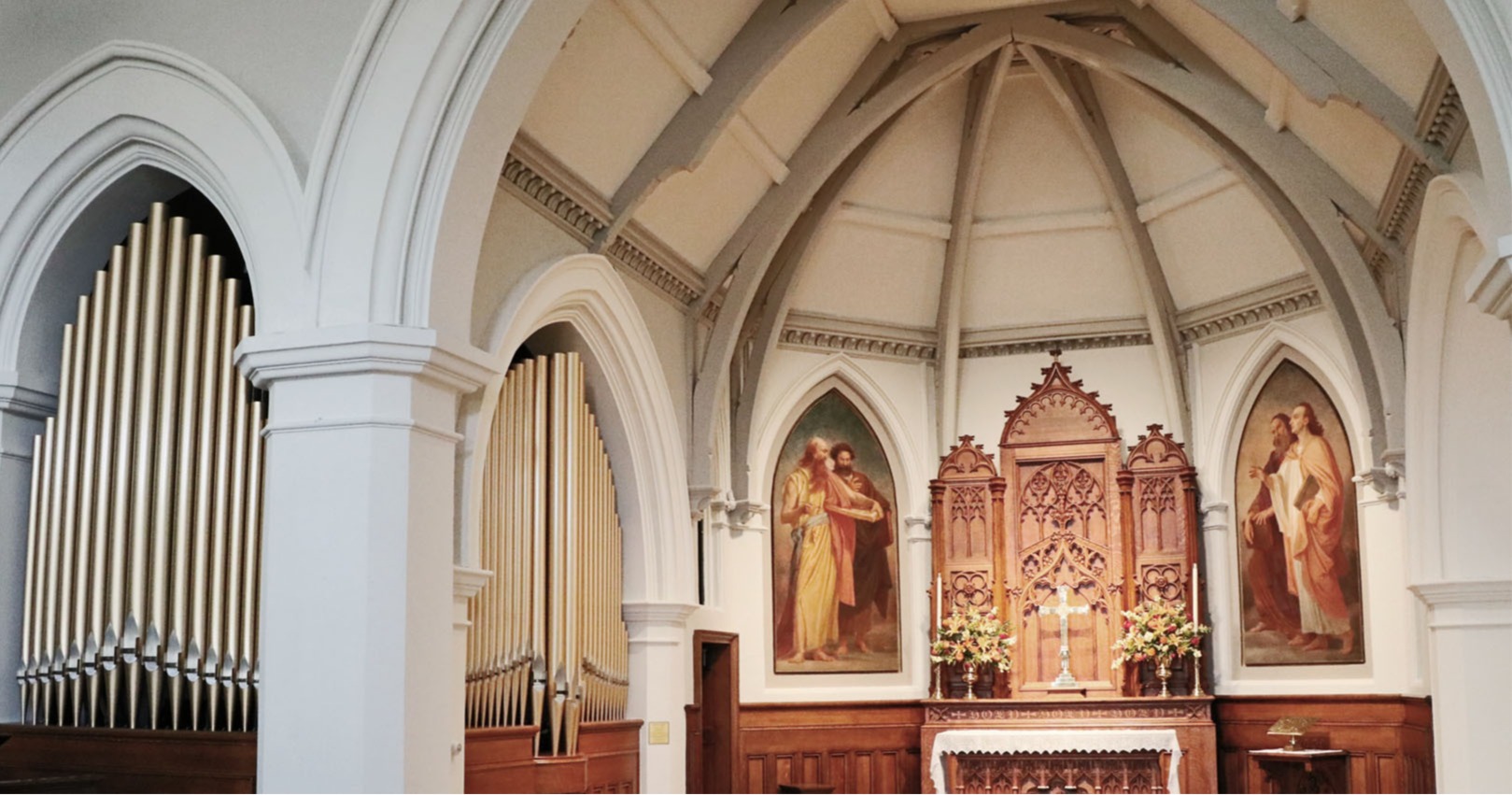 What About an L-Shaped Organ Chamber?

St. John’s Episcopal Church is a historic parish located in the picturesque Georgetown neighborhood of the US Capital. The history of the parish dates back to the eighteenth century. President Thomas Jefferson and Dolley Madison were among the founders and regular attendees along with Francis Scott Key, composer of the American national anthem.

The new organ, which replaced an ailing instrument of questionable tonal and mechanical quality, is installed in a rather large space adjacent to the Chancel, with tone openings facing both the Chancel and the Nave. Because the project also included a new sacristy connected to the Chancel by a corridor passing through the organ, we elected to lay out the organ in L-shape for optimal sound projection into the room.

The Great and main Pedal are located between the two-tone openings. The large 13-stop Swell division is installed behind the Great and main Pedal to project directly through the choir in the Chancel. The Solo is located above the corridor, with expression shades facing both the Nave and the Chancel. The Pedal wood Contrabass 16’ and Subbass 16’ are installed at the other end of the “L”, and speak through the acoustically transparent walls of the corridor.

The organ specification of the three-manual, 33-stop, 39-rank organ was designed primarily to serve the Anglican liturgy, as well as playing a broad range of the organ literature. While the well-developed Great, Swell and Pedal divisions provide the necessary tonal resources to lead congregational singing and accompany choirs, the expressive Solo division adds flute, string and reed colors to solo melodic lines and to enrich the organ foundation. Also, the existing Trompette en Chamade located in the gallery has been thoroughly revoiced in our workshop.

The new organ façades, which enhance the visual timelessness of the chancel area without overwhelming it, were designed in close collaboration with architect Mary Kay Lanzillotta from Hartman-Cox Architects of Washington, and built in the Casavant workshop.