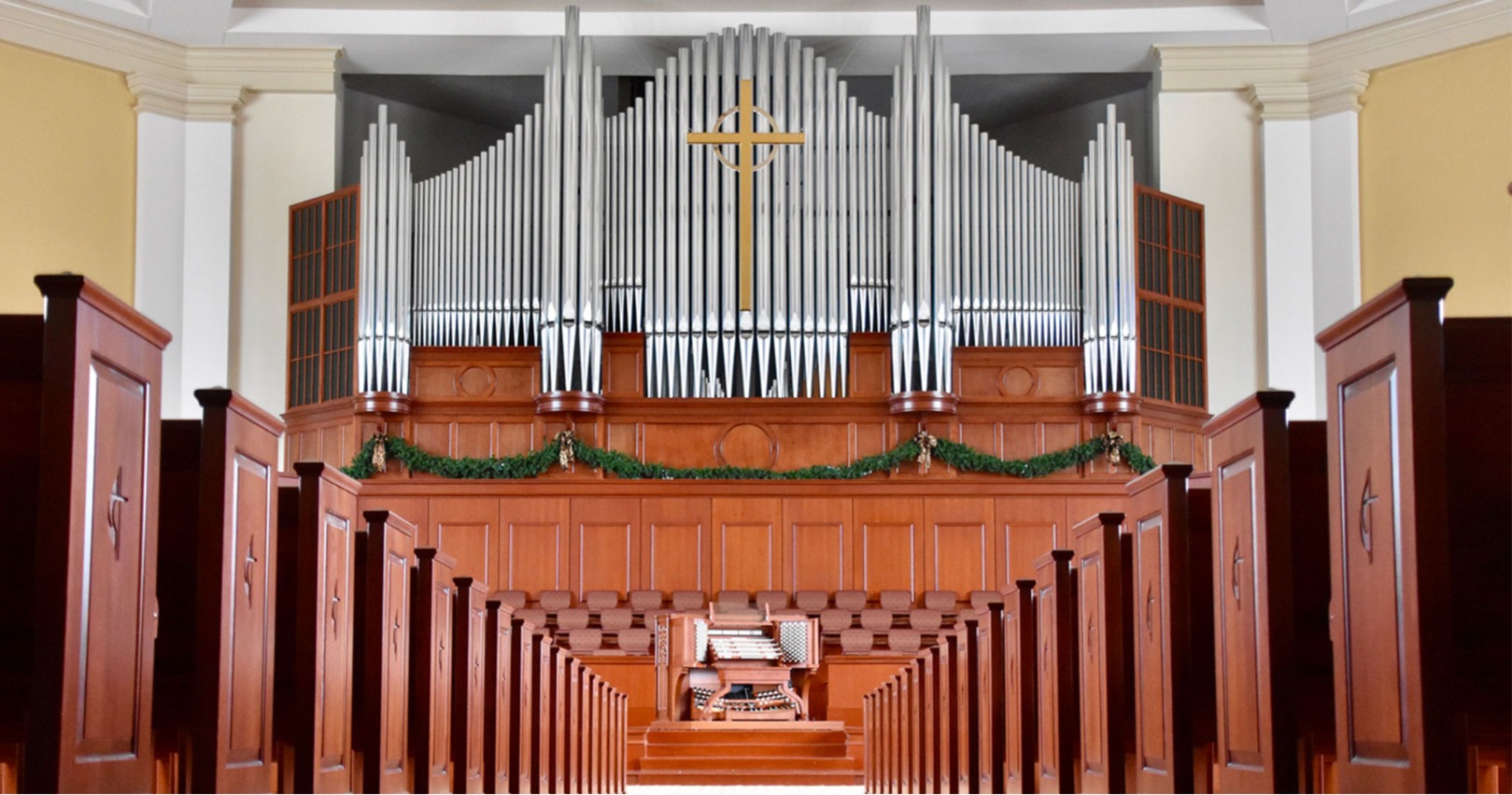 Renaissance of the Aeolian-Skinner organ

The Aeolian-Skinner organ originally installed at Trinity Church, Wall Street, in New York City has a most fascinating history. In 1923, Trinity Church commissioned the Skinner Organ Company of Boston to build an entirely new organ, retaining some pipe ranks and the casework of the original Erben organ (1846). Interestingly, this was one of the first organs in which Ernest M. Skinner used Willis-type Diapason choruses and mixtures, after a productive study trip in Europe.

This organ was revisited by the Aeolian-Skinner Organ Company a couple of time over the years; the last major remodeling was done in 1968. Following the terrorist attack of September 11, 2001, the organ was removed and placed into storage on the church premises. In early 2011, Trinity Church donated the organ to Johns Creek United Methodist Church. In May 2011, the organ was moved by the Organ Clearing House to four storage sites in New Hampshire and Maine.

Casavant removed the organ parts from these storage sites in April 2015, including some 250 pipe trays (!), and brought everything back to its large facilities, where the parts were thoroughly inventoried and evaluated before undertaking the comprehensive refurbishment process, which lasted over a year. The rebuilt organ was installed at Johns Creek United Methodist Church in August-September 2016.

The work done consisted of refurbishing the Aeolian-Skinner organ and enhancing all of its intrinsic musical qualities (in the tradition of what has been done over the some 80 years the organ was installed at Trinity Church) to adapt it to the worship and musical needs of Johns Creek United Methodist Church. A detailed inspection of the pipes, windchests, etc., upon bringing the organ back to our workshops, has enabled us to refine the details of the organ specification.

Tonally, the work done was aimed at preserving the overall character of this fine example of Aeolian-Skinner’s work. While basically retaining the original pipe scales, we achieved a warmer tone quality by letting the pipes sing optimally in the good acoustics of the room. The Great and Swell are essentially intact, with the exception of some additions to complete these primary divisions. The Choir combines the best resources of the Choir and of the Chancel Great into a second large expressive division. Interestingly, the Choir Contra Gamba 16’ comes from the beautiful 1928 Skinner Pedal Gamba 16’. The existing Pedal reeds, including the Contra Bombarde 32’, were moved to the expressive Solo, where they speak commandingly. We also added to the Pedal a Casavant Open Wood 16’ from the 1920s to add gravitas to the entire tonal architecture.

From the mechanical standpoint, the original windchests, which were provided by Casavant as part of the 1968 rebuilt, were restored in the Casavant workshop. The existing console was thoroughly rebuilt and provided with solid-state combination and switching systems. Some existing large reservoirs were reused in the reconfigured wind system. The existing expression enclosures, also provided by Casavant in 1968, were reused for the Swell, and the three existing sixteen-stage Casavant expression motors were retained and restored.

As part of the project, some twelve ranks of pipes have not been installed in the Main Organ, and the Gallery Organ remains prepared in the console. It is our hope that the project will be completed in the foreseeable future.