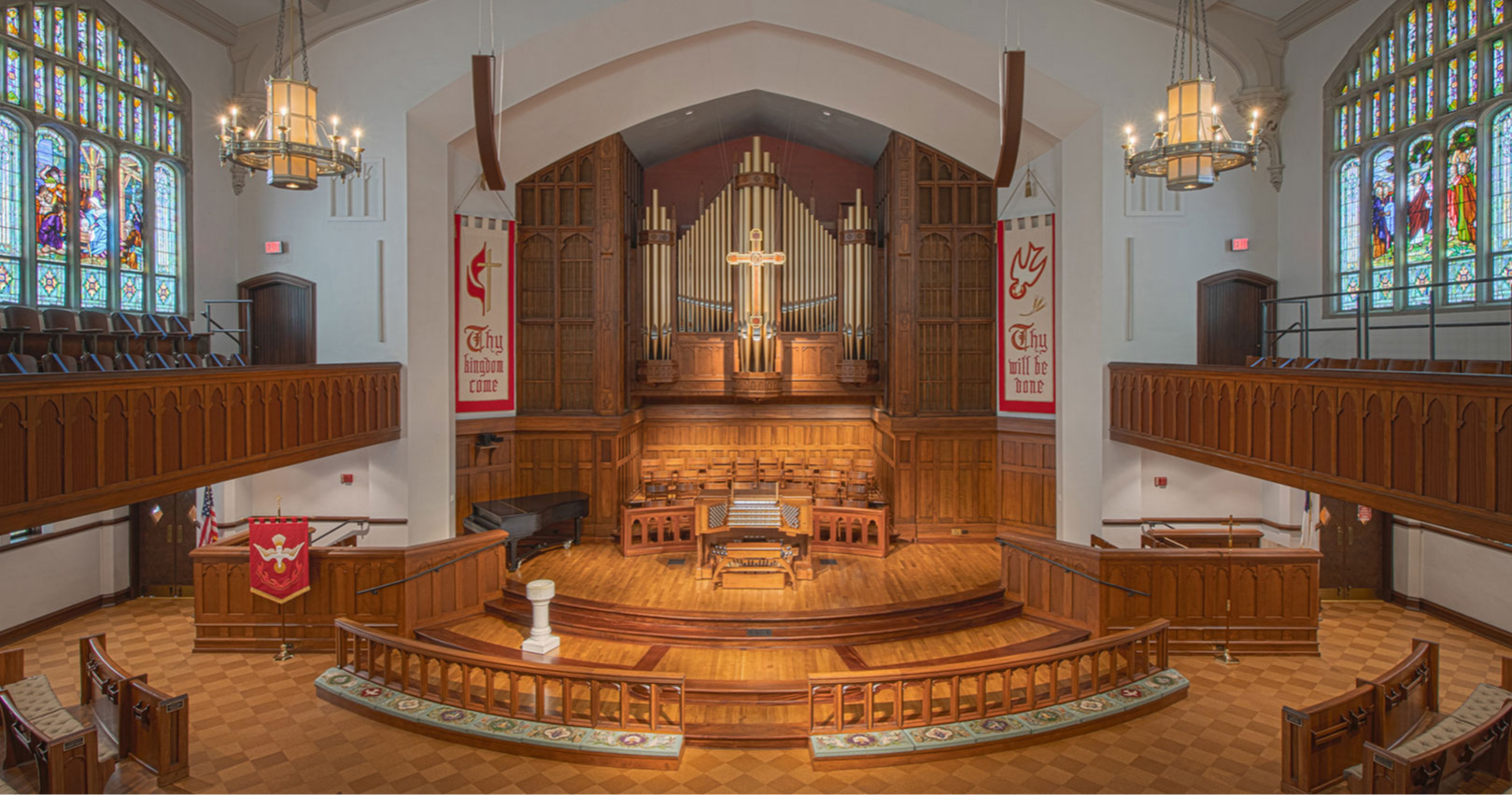 A Creative Collaboration Between Organ Builder, Musicians and Designers!

We developed this project with the musicians of the church over a period of five years. Their vision was clear from the outset. From a visual standpoint, the new organ had to complement the elegant architecture of the beautiful sanctuary, like if it had been installed back in 1926. Tonally, the instrument had to be designed to serve the extensive music program of the church, especially congregational singing and choral repertoire, but be complete enough to become the premier concert organ of the Baton Rouge area. Interestingly, this is our fourth new organ installation in Baton Rouge.

When the leadership of the church decided to embark into a comprehensive renovation of its historic sanctuary, the organ became part of a much larger project that included a significant chancel remodeling (under the expert guidance of Terry Byrd Eason) and major improvements to the acoustics of the room (proficiently directed by Scott Riedel). This creative dialogue with all parties involved in the sanctuary project has been key to the success of this remarkable installation. Isn’t the room the most important stop in the organ?

The organ was entirely built in our large workshops in Saint-Hyacinthe. A large delegation from the church visited us to see, hear and play the new organ. For all of us at Casavant, everyone’s appreciation of our dedicated work has been most rewarding.

The organ has 57 ranks of pipes over four manuals and pedal, for a total of 3334 pipes of metal or wood. The organ façade conceals the Great and expressive Solo divisions. Speaking along the main axis of the room, these lead congregational singing effectively. The Great is based on a Principal 16’, with the tallest pipes in façade, and is crowned with a Trumpet 8’ and Clarion 4’. The Solo contains a soaring Harmonic Flute 8’, a set of pungent strings, and a commanding Tuba 8’.

The expressive Swell and Choir divisions, along with the Pedal, are installed in the existing organ chambers. The large Swell is placed on two levels in the right chamber. In the left chamber, the Choir is located at the lower level, and the Pedal, at the upper level. In that position, these robust expressive divisions can support the choirs optimally.

The organ features complete choruses in all manual and pedal divisions. It also includes an impressive number of color stops, e.g. a large Cornet in the Great, an English Horn 16’-8’ in the Swell, a set of Flutes Celestes, a Clarinet and a French Horn in Choir, and a Harmonic Flute 8’-4’ in the Solo. The well-furnished Pedal division provides an impressive undergirding to the tonal architecture of the entire organ.

The organ is controlled by a state-of-the-art four-manual console that can be moved in and out the chancel area.