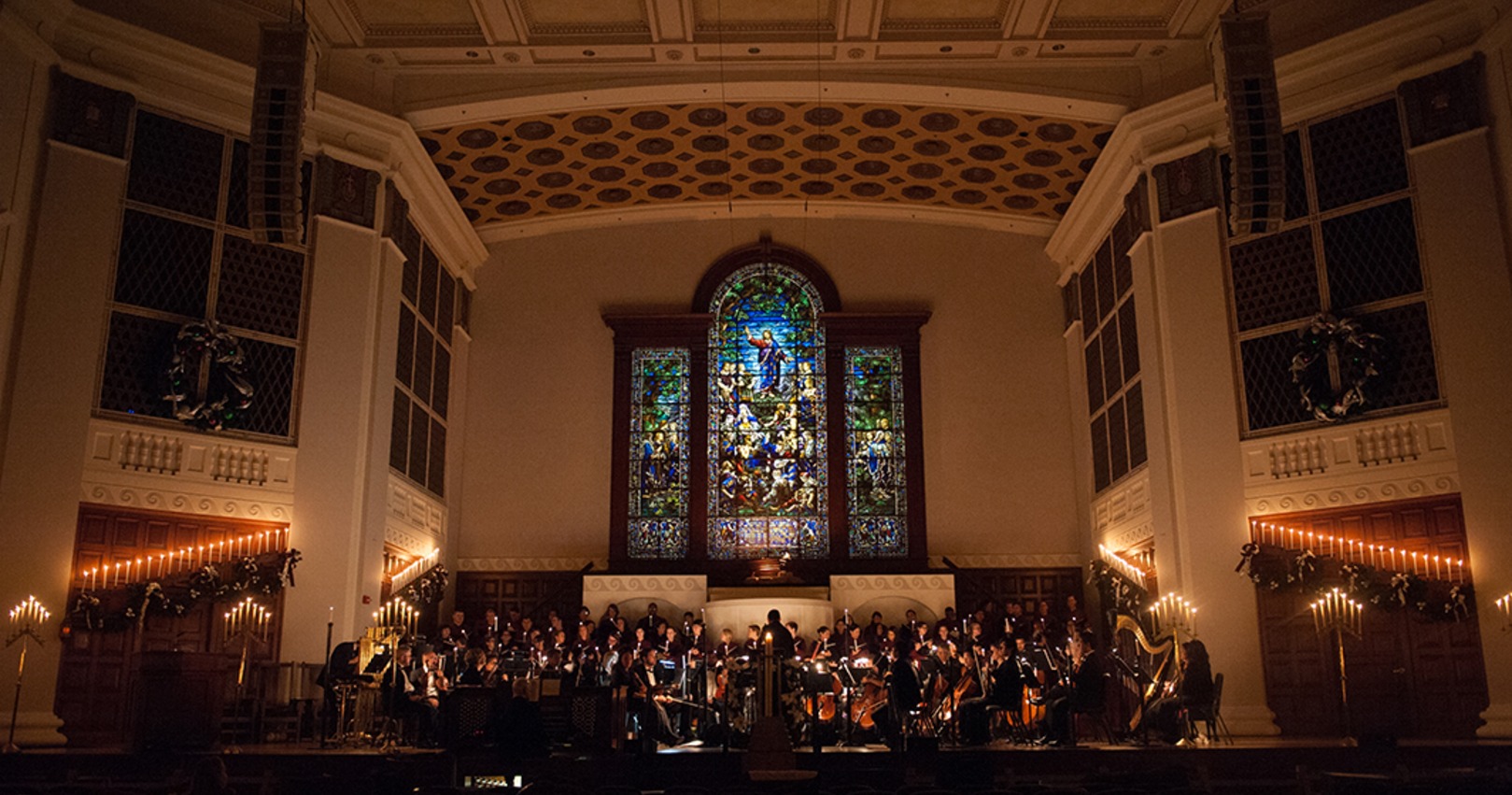 The Casavant organ at the Memorial Chapel on the campus of the University of Redlands has a grand history. At the time of its installation in 1927, it was the third, and largest Casavant organ installed in California.

On September 27, 1926, Business Manager George P. Cortner wrote to Casavant Frères explaining that the University was building a chapel to seat fifteen hundred people and that they were interested in a four-manual organ. He described Redlands as a “most beautiful city of fifteen thousand… it has been known not only for its beauty but also for its culture. It is a music-loving city.”

“We do not care for a great many of accessories such as go with a moving picture organ. We wish an organ of sufficient volume to fill our auditorium. We are very anxious as to the quality of the tone… as we wish every pipe to answer its specific purpose and not be used for three or different stops.”

Stephen Stoot, who would succeed Claver Casavant as Tonal Director in 1933, submitted an initial specification for a four-manual organ. The specification was sent to Professor Charles Howard Marsh, who was studying with Marcel Dupré in Paris. Both recommended that a French Horn and a Harp be added.

Delivered to the campus in December 1927, the organ took five weeks to install and tune before the February 19, 1928, dedication of the new chapel. The renowned composer and organist Pietro Yon played the opening recital. In November 1928, University Organist Arthur Poister expressed his appreciation, “I am enjoying tremendously the greatness and the finesse of this lovely instrument.”

Through the decades, the Casavant organ has been a centerpiece, both on campus and in the Redlands community. It is played in the School of Music education program, showcased every spring since 1987 in the Redlands Organ Festival as well as all major university events, including the enduringly popular Feast of Lights.

As part of a major restoration of Memorial Chapel, the entire organ was removed in July 2000 and returned to our shop. The approach to the comprehensive refurbishment was rather conservative. The entire organ was thoroughly cleaned. Pipework that had been moved and revoiced previously in a failed attempt to make the organ more in line with the ideals of the Organ Reform Movement was reinstated to its original location. The original pipework was thoroughly repaired and cleaned. All the original reed stops were tonally reconditioned. The existing console was retained and its control system was upgraded. The original ventil windchests were retained, leathered and rebuilt with pitman action. The original double-walled expression enclosures were restored. The entire organ was reassembled in our workshop.

In preparation for the organ’s return to the university, the organ chambers were repaired, painted, new lighting was installed, and the organ’s air system was redesigned to draw air from inside the Chapel rather that from the outside, a contributing cause of dirt entering the organ. The organ was reinstalled and tonally regulated and tuned on site between January and April 2003. The ornate plaster grills were repaired, restored and repainted by local artisans, and put back in place concurrently with the reinstallation of the organ.

The completely restored Casavant has a decidedly clean, full, and resonant sound. During Frederick Swann’s tenure as University Organist and Professor of Organ, in 2007-2018, the organ’s tonal scheme was augmented by the addition of some thirteen ranks of pipes.