The University of the South - All Saints’ Chapel 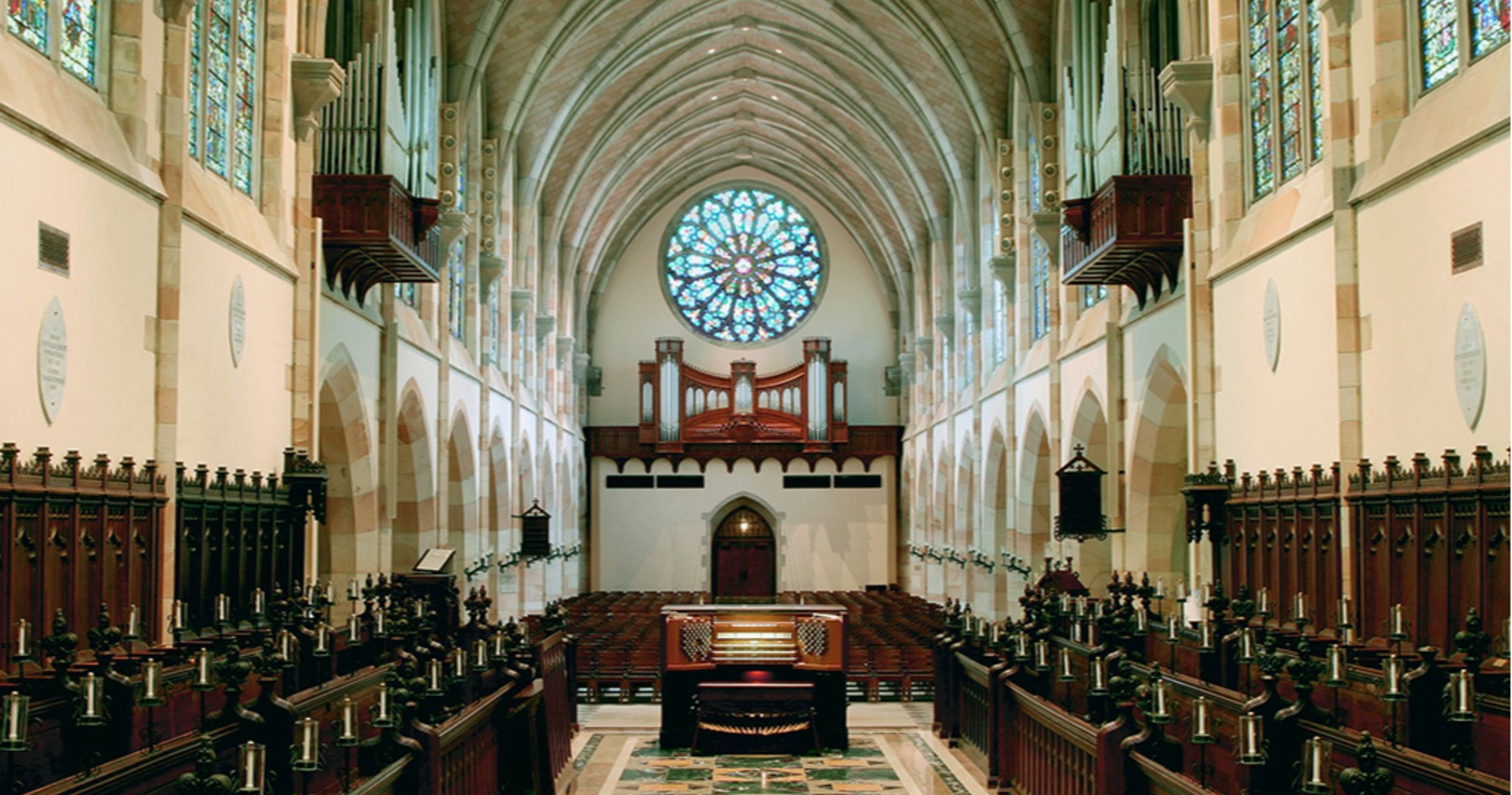 The University of the South opened in September 1868. Groundbreaking for All Saints’ Chapel was held in 1904, but the construction was stopped a few years later during the 1907 financial crisis. The final stage of construction began in 1957 and the chapel was completed in July 1959. The design of the University Chapel is from many sources. The vaulted ceilings are modeled to the medieval cathedrals of Chartres and Amiens, the rose window finds its base in the south transept of Notre-Dame de Paris, and the tower is based upon that of the University Church at Oxford University. The acoustics of the Chapel were considerably improved around 1990 by many coats of sealant being applied to the porous stone in the nave. All Saints’ Chapel is blessed with exceptional acoustics for music and speech.

The Casavant organ was designed by Lawrence Phelps and originally installed in 1961. The main instrument is installed in chambers located to either side of the chancel. The nave division speaks along the main axis, from the back of the chapel.

Even if the 1961 stoplist showed inspiration from the American Classic style, the voicing of the instrument was definitely neo-Baroque, with much articulation on low wind pressure. Over the years, it became clear that the instrument did not serve the Anglican liturgy as it should. Productive discussions with University musicians and consultants led to defining the new project as an extensive redesign of the instrument toward the English Cathedral style.

The tonal scheme was broadened with the addition of foundation stops and judicious rescaling. Most reed stops were either replaced as new or revoiced with new tapered shallots. The original wind pressures were slightly increased. A new three-manual console was provided to accommodate the revised specification, including additions of Sub and Super couplers, multi-level electronic combination and Multiplex coupling systems. The existing electro-pneumatic windchests, wind system and expression enclosures were retained and refurbished. New casework at the base and framing the rose window at the West end was provided for the enlarged Nave division, together with the new horizontally-mounted State Trumpet which is the real “signature” of this rebuild instrument.