The John F. Kennedy Center
for the Performing Arts 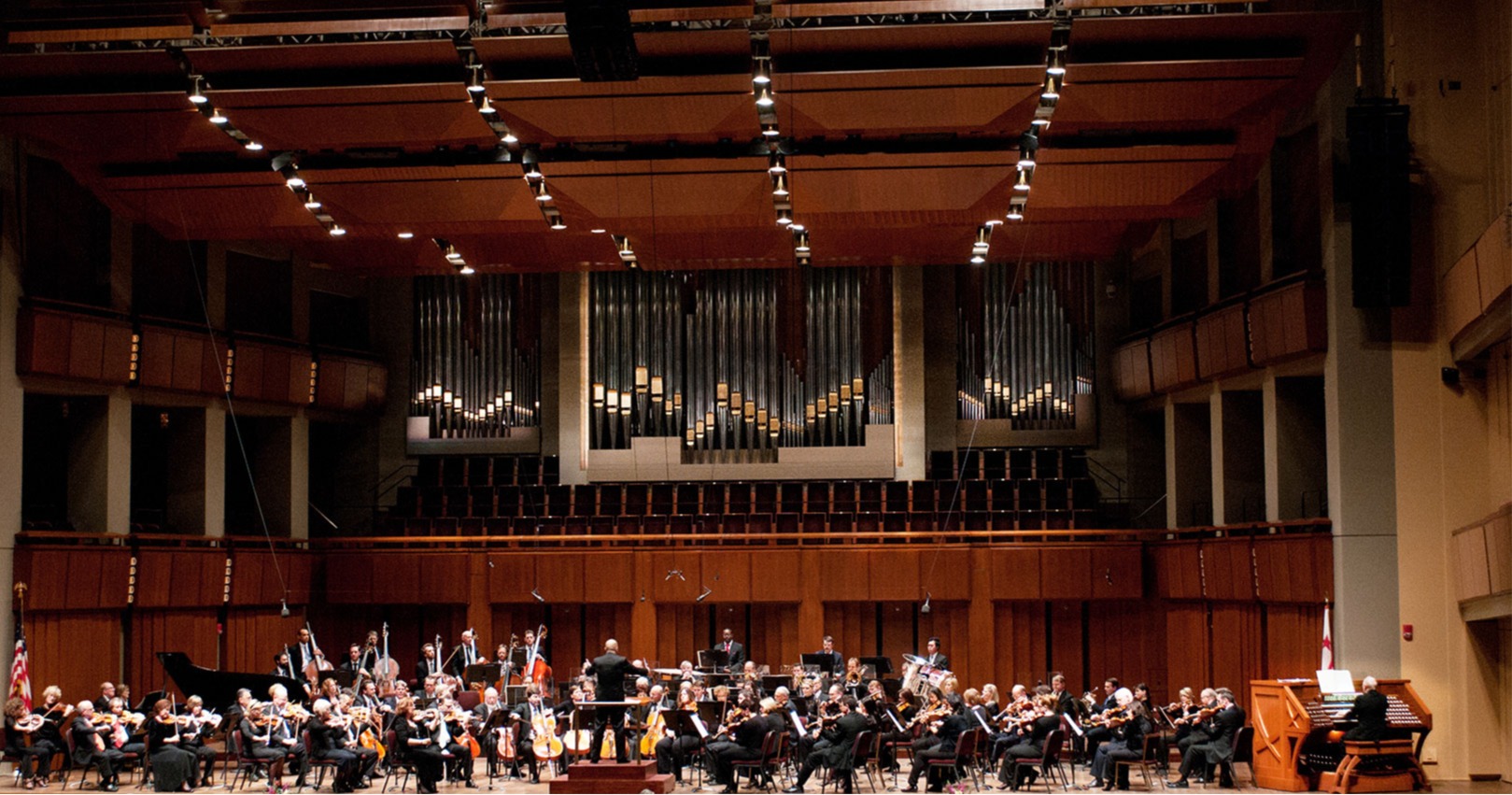 A Significant Installation in an Iconic Hall!

The iconic John F. Kennedy Center for the Performing Arts is the premier concert hall in the United States. The organ, which is a gift from arts benefactor David Rubenstein, replaced the very last instrument (1972) built by the Aeolian-Skinner Organ Company of Boston. One regal-type reed stop was retained and renamed “Filene” to honor the legacy of the previous organ’s donors.

Since the spectacular inaugural concert featuring the organ with the National Symphony Orchestra to a full house in November 2012, the organ is used regularly by the National Symphony Orchestra, by many choral societies and in recitals. Interestingly, it was immediately appreciated by the NSO musicians, who told us that it was easy for them to play with the new organ, because of its tonal qualities and sound egress. Also, as soon as the organ was installed, the orchestra musicians noticed that they could hear each other on stage, which was not the case before. The new organ literally fills the existing organ chamber, which was opened up to its original full dimensions, thus providing optimal conditions for early sound reflection on stage.

The large Great division, which is installed immediately behind the organ façade, features a full 16-foot principal chorus and a complete reed chorus. It is complemented by the Resonance division, which resides on the fourth manual. It features select Pedal stops that are extended to the manual compass to create a 32-foot principal chorus, a soaring Harmonic Flute, a large-scaled Cornet V, and a Herald Trumpet of heroic proportions. This provision proves to be very useful when the organ is used in large orchestral works. The two large expressive divisions include all the tonal resources – namely complete principal choruses, a wealth of eight-foot stops, colorful reeds, four sets of undulating stops – to create an impressively seamless crescendo to follow the wide dynamic range of a symphony orchestra, and to accompany large choirs effectively.

The asymmetrical organ façade is a major departure from the rather traditional style of the hall. However, its highly artistic nature has become the recognizable signature of the hall. Some years after the organ was installed, the entire room was repainted after the white, silver and gold colors of the organ façade.