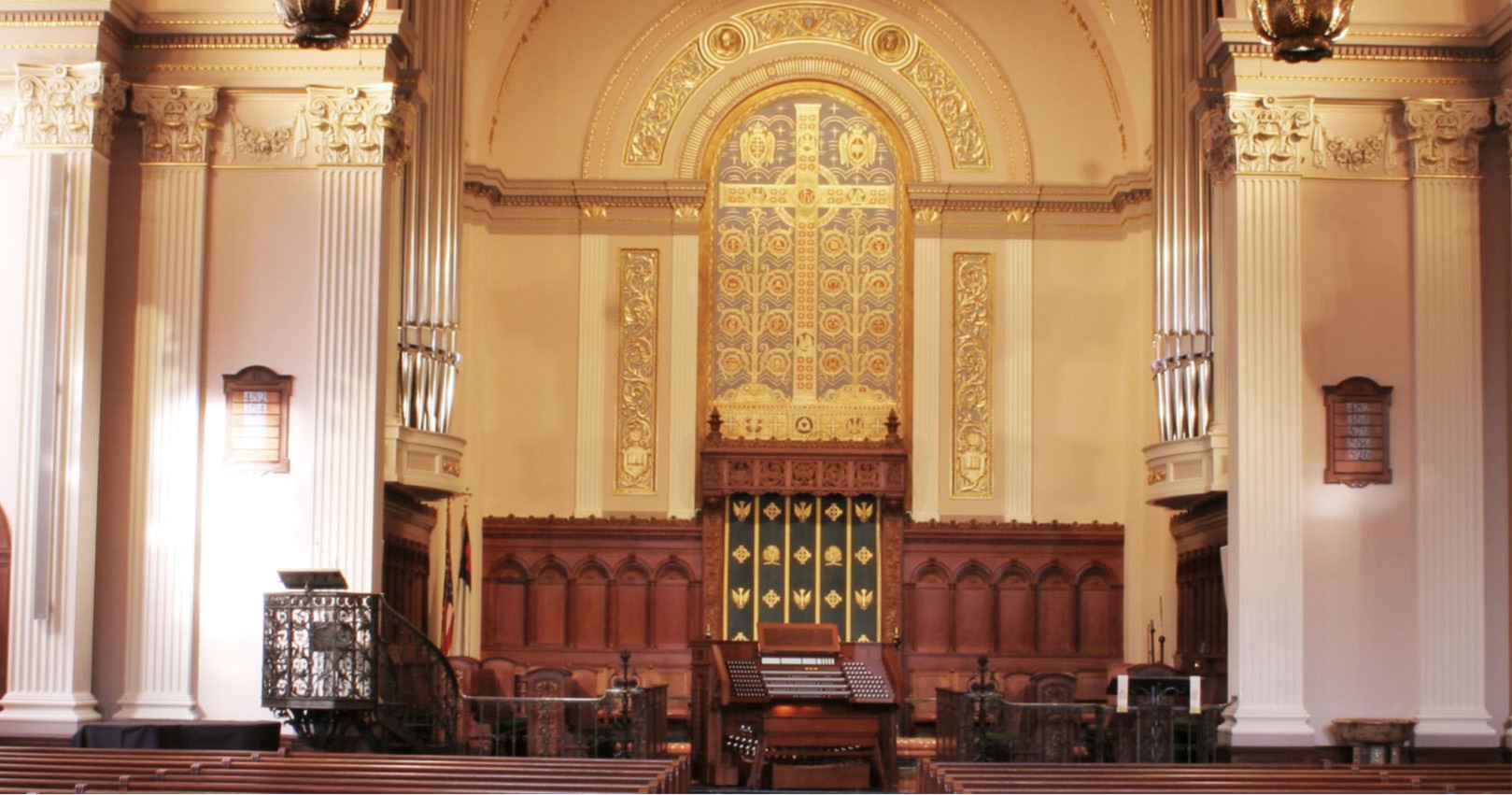 During our very first discussions of the organ project, Minister of Music, Keith S. Tóth presented a clear vision of the instrument he would like to have for The Brick Presbyterian Church: a French symphonic organ in the style of the late work of Aristide Cavaillé-Coll, particularly after the instruments built for the private residences of the Baron de l’Espée, which are found today at the Sacré-Cœur de Montmartre Basilica and Saint-Antoine des Quinze-Vingts Church, both in Paris.

For Casavant, this commission represented a unique opportunity to build an organ that would reproduce authentically the sounds of Cavaillé-Coll organs, without adapting the tonal design to a more eclectic approach. With the invaluable guidance and enthusiastic participation of Tonal Director Emeritus and expert of the French symphonic style of organ building, Jean-Louis Coignet, we embarked on a truly fascinating three-year journey.

Monsieur Coignet used his life-long, firsthand experience with the great Cavaillé-Coll organs to establish the overall tonal design and pipe scales of the organ. Visits to lesser known but virtually untouched Cavaillé-Coll organs were enlightening in refining the tonal parameters by providing a broad survey of pipe construction details and voicing techniques used by Cavaillé-Coll. Some elements of the final specification, such as the Choeur de Clarinettes in the Positif and the independent mutations in the Pédale, were inspired by the organ of Notre-Dame Cathedral in Paris, which was Cavaillé-Coll’s favorite.

All pipework was made according to Cavaillé-Coll scalings. The majority of the pipework was built in the Casavant workshop with the exception of the reed stops with double blocks, the façade pipes and the wooden pipes of the Pédale Bombarde, which were imported from Europe. Tuning slots (entailles de timbre) were used for all the open flue pipes, with the exception of the harmonic pipes which were cut to length. We intentionally decided to have the Contre Bombarde 32’ of wood, which Cavaillé-Coll used a few times because the intimate acoustics of the Brick Church sanctuary would not have allowed for a stop as prominent as what is normally found in the large stone churches of France.

Four stops from the previous instrument were reused in the Solo. We restored the Flutes Celestes and French Horn from the 1917 organ by Ernest M. Skinner, who was an admirer of Cavaillé-Coll. We also retained a very interesting Cor anglais voiced with free reeds, which was probably made in Paris in the late nineteenth century by Zimmermann, one of Cavaillé-Coll’s pipe suppliers. This stop, which was most likely imported to Canada by the Casavant brothers for one of their early organs, was installed in the previous instrument by the late Guy Thérien, who built the chapel organ at Brick Church.

Much research on various parameters, e.g. flue and toe openings, slotting, nicking, was made to achieve the desired tone, with the goal of retaining clarity throughout the entire compass while achieving smooth initiation of speech.

After the organ was completely assembled in our workshop, our voicers spent several weeks refining the balance between the different stops and divisions. Great care was taken to give the organ an ascending voicing treatment typical of the best French symphonic organs, with full organ dominated by the reeds. This extensive tonal work in the workshop was reminiscent of the common practice of organ builders in the late nineteenth and early twentieth century.

Due to this comprehensive preparatory work in the workshop, the tonal finishing on site consisted in refining the balance of the various stops in the acoustics of the magnificently restored sanctuary. Some might think an instrument of this size is somewhat large for a sanctuary seating 800, however the listener finds that the voicing and the concert hall-like acoustics allow the sound to travel well throughout the room without being overwhelming, even when the organ is played fortissimo.

Because they were based on Cavaillé-Coll’s practice, the organs built by the Casavant brothers in the early twentieth century served as the models for the wind system. Large reservoirs were used throughout, some with double-rise bellows to insure ample wind supply. The overall wind system is remarkably stable, even when the Octaves Graves are used, but with a subtle flexibility that enhances the instrument’s intrinsic musical qualities.

In order to contain the formidable sonic energy produced by such large expression divisions, we designed and built the enclosures with double walls and thick expression shades. The dynamic range produced by these enclosures reproduces faithfully the dramatic effects of the crescendi and decrescendi required by the French symphonic organ literature and has been particularly praised by performers and listeners.

The organ casework, which covers the tone openings on each side of the chancel, was conceived by Casavant’s designer Benoît Gendron, to complement the elegant chancel without being overwhelming. One will note that the wood moulding in the case follows the continuous plaster moulding.

Interestingly, this project took us back to the roots of the firm founded in 1879 by Claver and Samuel Casavant. The Casavant brothers completed their apprenticeship as organ builders in France in the late 1870s, when they met Cavaillé-Coll and heard some of his instruments for the first time. Among these was the then new 66-stop organ installed in the Palais du Trocadéro for the Exposition Universelle, which made a grand impression on them. Upon their return from Europe, the Casavant brothers established their workshop in Saint-Hyacinthe and organized it based on observations made when visiting Cavaillé-Coll and other prominent organ workshops in Europe. The symphonic style as developed by Cavaillé-Coll was the prime influence on the work of the young Casavant brothers, which is still in evidence in the organs they installed at the Cathedral of their hometown of Saint-Hyacinthe (1885) and at Notre-Dame Basilica in Montreal (1891). The Brick Presbyterian Church project has renewed our appreciation for the work of our founders.

While one can see this realization as a grand concert instrument, the new organ of Brick Presbyterian Church has proven to be equally successful in its role as an accompaniment for the worship service, which is most rewarding to us. From the first time the organ was used for worship, it has been observed that the congregation has been participating more in hymn singing.