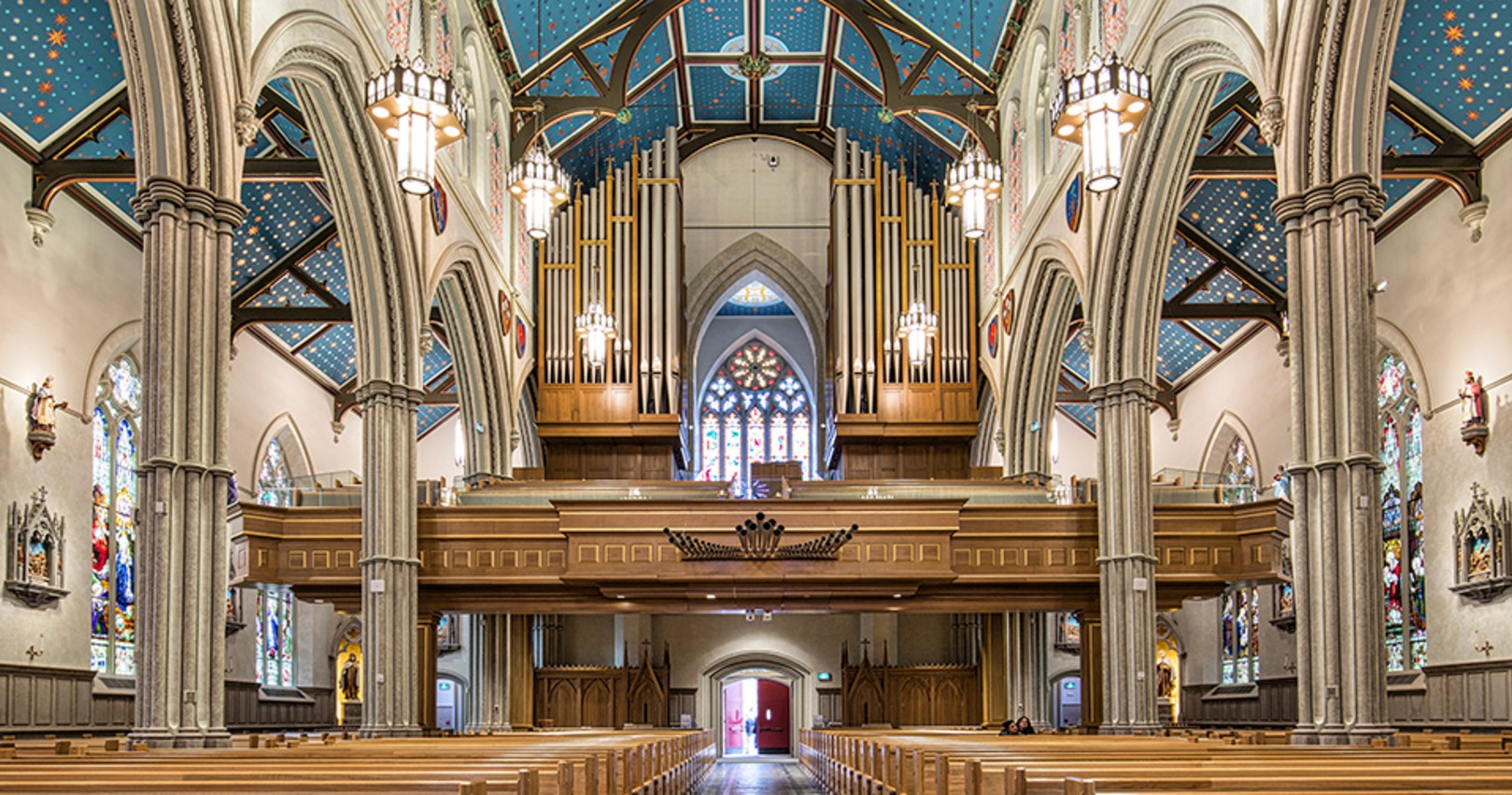 The Joy of Conceiving a New Organ for a Restored Cathedral!

Designing and building the new pipe organ for Saint Michael’s Cathedral Basilica in Toronto presented some interesting technical, visual and tonal challenges. We had the privilege to work collaboratively with a team of visionary and dedicated people who were aiming for the very best.

One of the first decisions made by the Cathedral leadership was to replace the existing organ which had been notoriously unreliable for years and unused since 1993, at which time the back gallery was closed because of structural instability.

The new organ, which was inspired by the French Symphonic aesthetics, has 56 independent stops and 76 ranks of pipes, over three manuals and pedal. Given the expected acoustical qualities of the restored Cathedral, we approached pipe scaling, voicing and tonal finishing on site with the goal of creating a naturally singing sound, achieving exquisite tone colours while ensuring the power necessary to fill this large space. More importantly, the acoustics of the room helped the sound of the organ to blend and to build an impressively seamless crescendo, from the ethereal Dulciana under expression through a truly heroic Tutti.

Tonally, the organ has been designed to play the grand corpus of organ music written to accompany and support the Catholic liturgy, as well as a broad range of literature. The new organ also serves the mission of the renowned St. Michael’s Choir School, whose musical contribution to the Cathedral’s liturgy includes the singing of hymns, motets, Gregorian chant and Mass settings at numerous services. Also, many students of the Choir School study the organ to become parish musicians throughout Canada and around the world.

The organ is installed in a new-constructed loft at the back of the Cathedral, in the best position for optimal sound projection through this large room. Acoustically, several new features of the restored Cathedral favour the transmission of sound effectively: slate floor throughout the Nave, marble floor in the Sanctuary, marble wainscoting running around the perimeter of the entire room; also, the higher vaulted ceiling in the chancel has been restored and the new pews have a thin, tightly-woven fabric on the seat and hardwood backs.

The organ is installed on either side of the tower arch, framing a large, historic stained glass window that was made visible for the first time since 1880. The Gothic Revival style organ casework was designed in collaboration with the chief architect of the project, Terry White. Pipes from the thirty-two and sixteen-foot principals are in façade.

The two expressive divisions, contained in very effective enclosures, are located at the lower level, and the Great and Pedal, at the upper level. The large wooden pipes of the Pedal are installed horizontally on the floor in the recessed space between the two cases. The wind system is made of large reservoirs and concussion bellows, ensuring a naturally-breathing but stable wind supply.