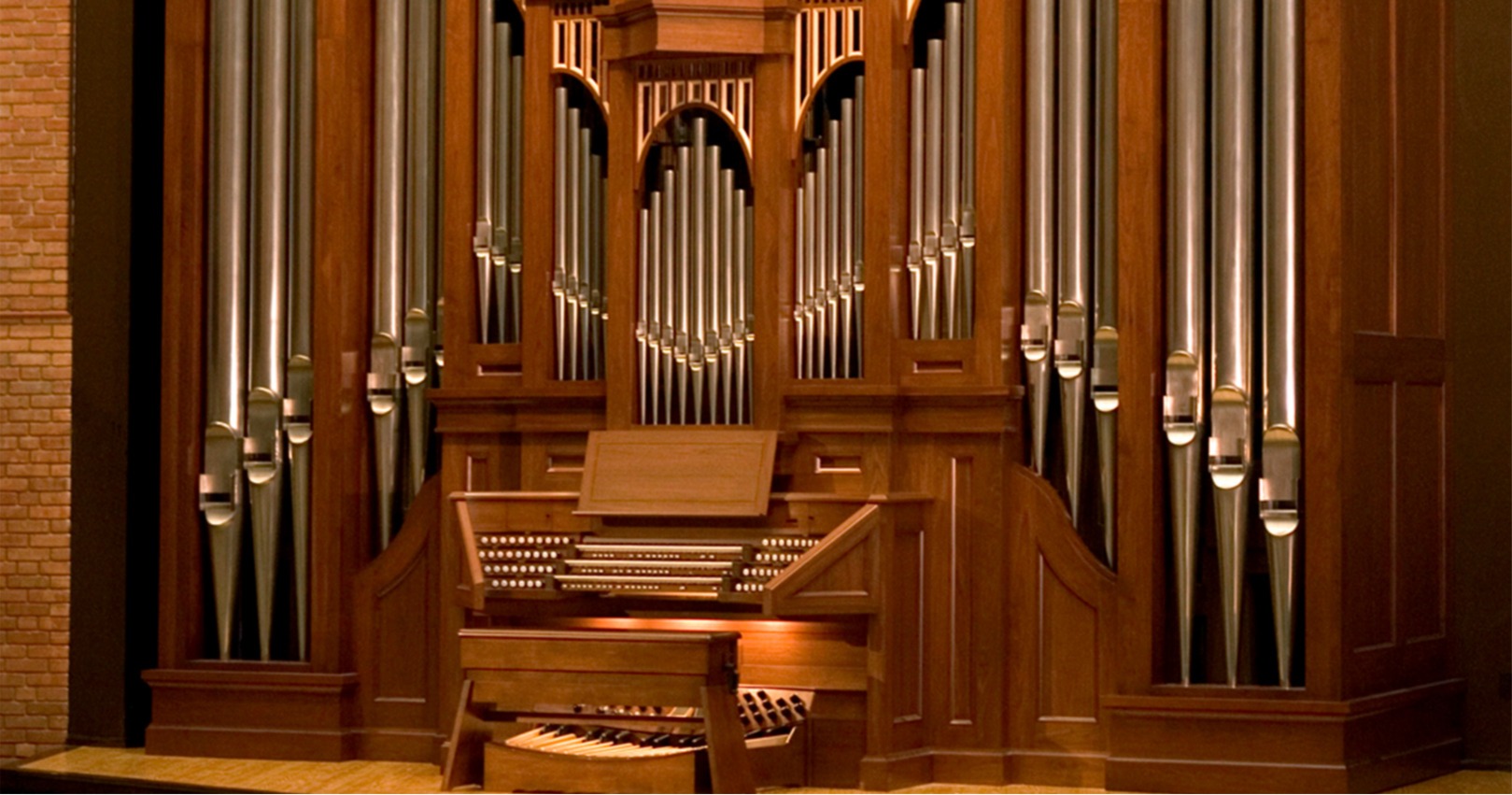 When Creative Placement Beautifies an Auditorium

The history of Principia College dates to 1897, when Mary Kimball Morgan began home schooling her two sons in order to give them a “fuller” education than what she found in the public schools in St. Louis. Mrs. Morgan, a Christian Scientist, based her educational philosophy on the writings of Mary Baker Eddy, the founder of Christian Science. Soon, when other parents began to observe the difference between her sons and their children, she was asked to take them as students. In 1898 the name Principia was chosen and by 1906 the first high school graduation was held. A junior college, one of the first in the United States, was added in 1912 and in 1934 the first graduates of the senior college emerged to begin their careers. Today, although it is not an official activity of the Christian Science Church, Principia is staffed by Christian Scientists to serve Christian Science students from infants through adults. Principia maintains two campuses with the college located on the limestone bluffs overlooking the Mississippi River in Elsah, Illinois.

The architect for the campus, Bernard Ralph Maybeck (1862-1957) of San Francisco, California, was retained in 1923 to prepare a master plan for the college. He decided to use an English village as the inspiration for his creation, which he referred as his “favorite child.” Construction began in 1931 during the Great Depression and by 1935 the college moved to the new location in Elsah. In 1993 the Principia College campus was granted National Historic Landmark status by the United States Department of the Interior for this unique plan with its distinctive original buildings.

The location of an organ in a multi-purpose auditorium that is also used for a variety of functions other than music always presents challenges to the organ builder. Locating the organ on the main axis of the room means that it is in a position that is in conflict with other users of the auditorium and, due to the equipment needed to stage presentations, it is not necessarily in a favorable acoustical setting when positioned on a stage. After evaluating many options within the structure of Cox Auditorium, a decision was made to create a new home for the instrument at the front of the auditorium, at the left of the stage. By orienting the instrument at a slight angle, sight lines to its imposing façade are maintained throughout the room while simultaneously improving the acoustical projection of its sound into the body of the hall. Even though the organ is not technically on the stage, its location adjunct to it allows excellent communication and sound development with other musicians on the stage.

The ensemble of the instrument is based upon the sixteen-foot principal chorus of the Grand Orgue. The two other manual divisions are based on eight-foot principal choruses, and the presence of full reed choruses on the Grand Orgue, Récit and Pédale allow for the performance of the grand French symphonic literature. The Récit is located at the back of the instrument. The Positif is positioned just above the console, with the Grand Orgue at the top of the case where it is in an excellent position to project sound into the auditorium. The Pédale, including the large-scaled, full-length Contre Trombone 32’, is divided to the left and right of the manual divisions.

The console includes ebony detailing and ebony stop knobs with hand painted white porcelain faces that have colored borders to indicate the various tonal families in the manner of Cavaillé-Coll. The stops are arranged in semi-circular walnut terraces with the divisional names in gold leaf on an ebony band at the top of each terrace.