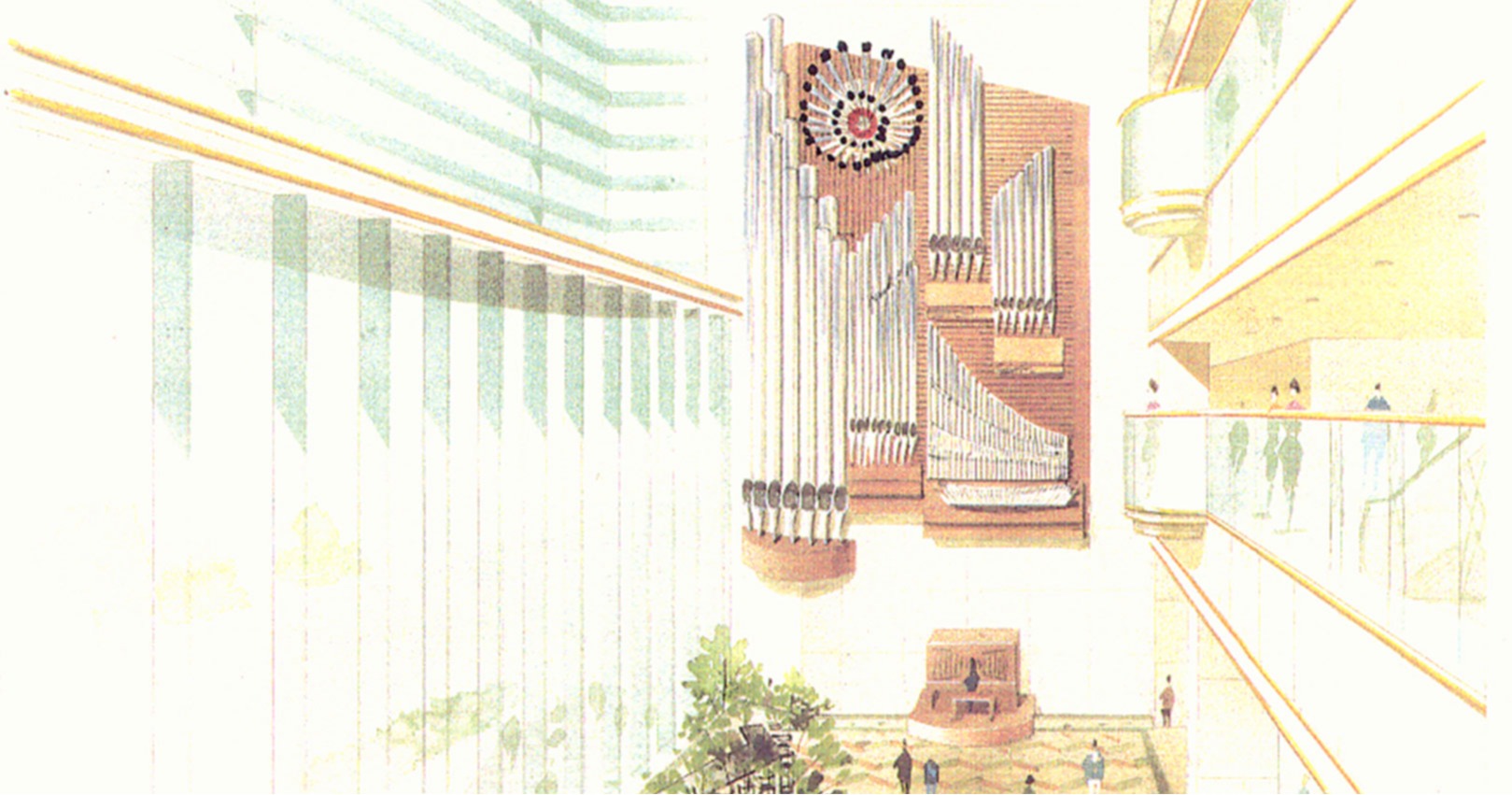 A Heroic Organ to Entertain Customers!

Matsuzakaya is one of the world’s oldest department stores, established in central Nagoya’s Naka-ku area in 1611. The emblematic Casavant organ completed in 1991 in the flagship store of the chain was our twenty-fifth installation in Japan since the first arrival in 1927.

Located at one end of a spacious and resonant atrium of 52 feet (16 meters) in height, the organ façade ascends four stories above the street level. The space demanded an artistically dramatic visual treatment and resulted in a façade that includes two sixteen-foot principals and the Pedal Double Open Diapason 32’ arrayed in a round tower that can be seen from the street.

Casavant designer, Jean-Claude Gauthier, outdid himself in this project, providing dozens of different designs in order to allow the owner of the store to choose how the organ will be the visual signature of the Nagoya Matsuzakaya department store.

Adding more to the challenge of designing a pipe organ for a store, aspects specific to an installation in Japan were required, namely respecting the strict norms in terms of resistance to earthquakes.

Of particular interest in this contemporary design is the hooded trumpet mounted at the top of the façade. A one-of-a-kind design that required both creativity and exactness in its conception, the 61 pipes of the Solo Tromba 8’ are grouped around a large solid oak disc some three feet in diameter that has the rotating star of the zimbelstern in its center. It represents the Rising Sun, a symbol of the commencement of a new cycle of life. In addition to the Tromba, which is more fundamental in tone, a rather fiery horizontal Spanish Trumpet is available on all manuals and pedal.

The organ has 40 stops, 54 ranks of pipes, three manuals and pedal. The Great and Pedal are placed at the lower lever, and the expressive Swell and Solo at the upper level. Interestingly, the third manual is a Solo division of orchestral character, including broad-scaled flutes and strings.

The organ is played on weekends and special occasions to entertain customers in the ground floor Organ Hiroba plaza.