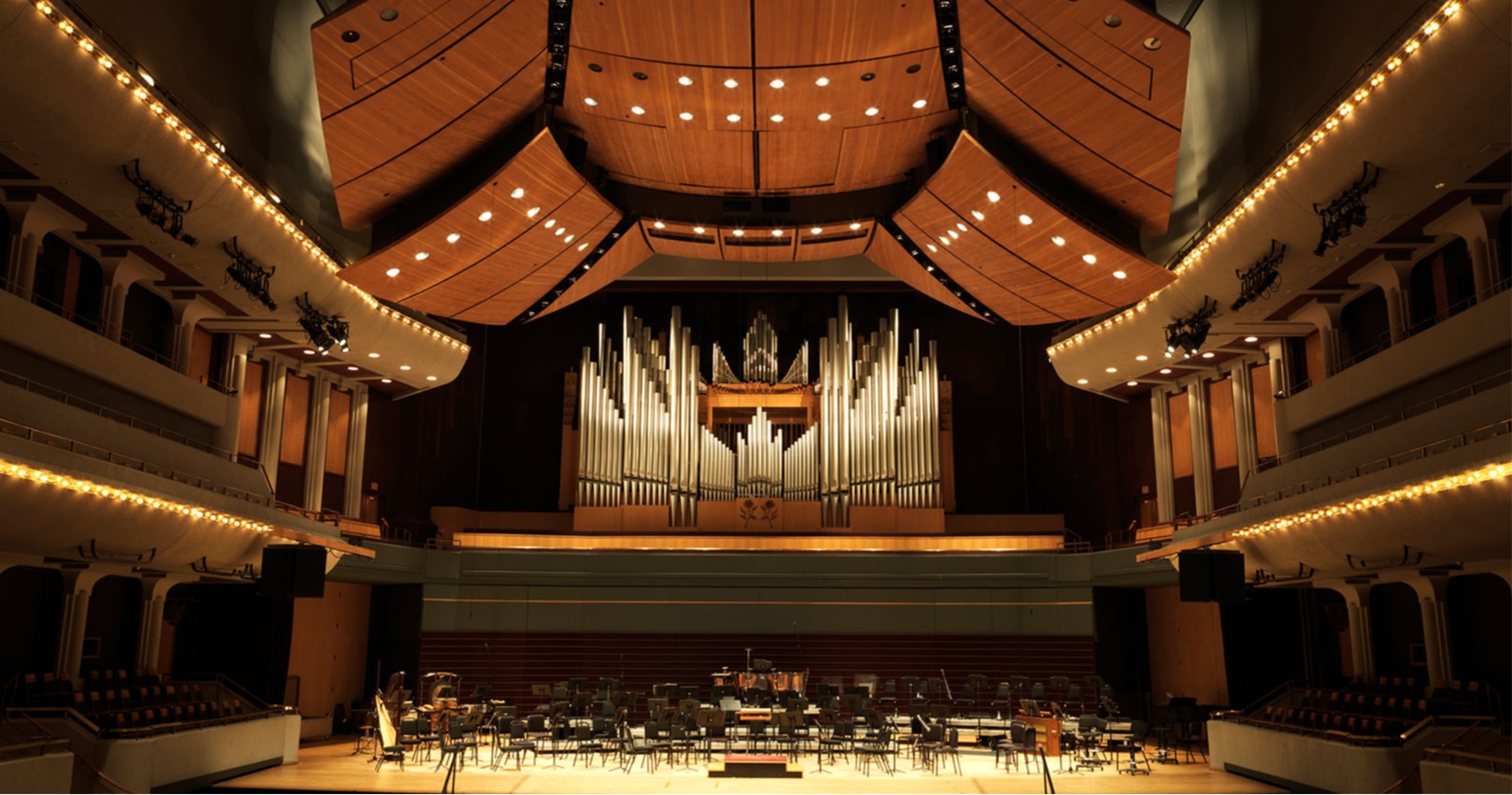 The crowning jewel of the concert hall!

Russell Johnson, ARTEC founder, was responsible for the Jack Singer Concert Hall acoustics. For the shoebox-shaped room, Mr. Johnson retained heavy materials, very thick masonry and plaster, achieving a brilliant-sounding hall with strong and resonant bass response, clarity and easy sound projection. Suspended above the stage is a 185,000-pound (83,900 kg) laminated spruce-wood acoustical canopy, which can be raised or lowered to tune the hall to the needs of each performance.

Casavant Opus 3623 was inaugurated on May 6th, 1987. The 75-stop, 111-rank organ has 6,040 pipes. To meet the many musical requirements demanded of a concert hall organ, the tonal design is eclectic with decided French influences. Among the tonal resources we find a Grand Plein Jeu from thirty-two-foot pitch, mutations in the sixteen-foot series, colorful flutes, mounted Cornet, fiery Clicquot Trompettes, Cavaillé-Coll battery of reeds and fifteen ranks of Pedal pipes, including four of thirty-two-foot pitch.

The tonal resources are distributed among five manual divisions, three under expression, and pedal. Calgary’s altitude, the atmospheric pressure, the hall uniform temperature and the orchestra pitch were all taken into consideration while determining the pipe scales, wind pressures and setting the organ’s pitch.

The custom-built electro-pneumatic moveable console has four manuals and pedal. The console is connected to the organ by a single coaxial cable. A Musical Instrument Digital Interface (MIDI) was designed and installed in 1994, being one of the first MIDI systems allowing a large pipe organ to be linked to computers and electronic instruments.