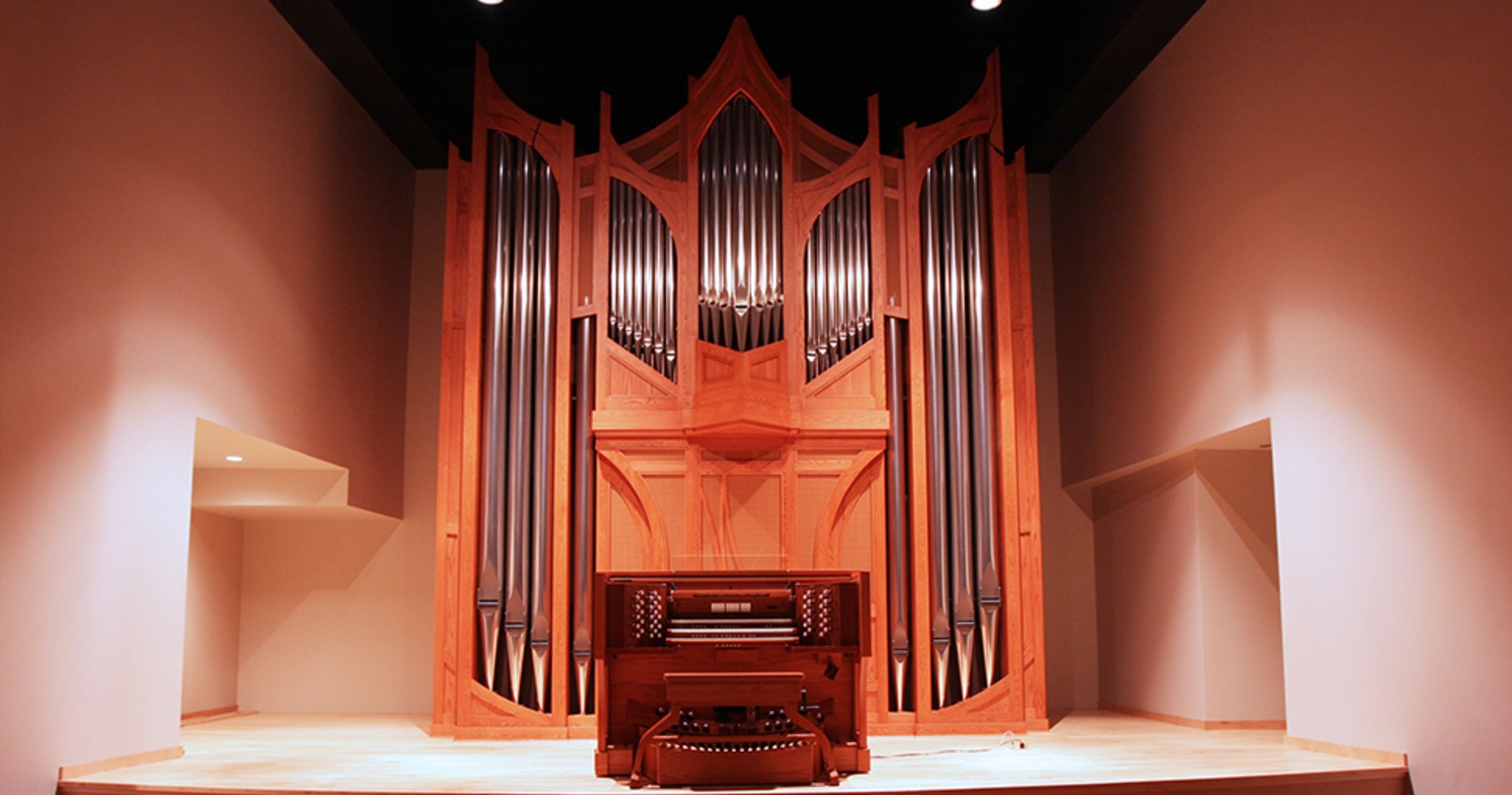 A Complete Pipe Organ at the Heine Hall.

Concordia University is a major center of education in the United States Midwest. The Department of Music is highly regarded in Lutheran circles, and attracts an unusually high number of organ students, assuring a great continuity in preserving and continuing the musical tradition.

As the primary teaching and recital instrument on the campus, the new organ is tonally versatile, capable of handling the broadest range of organ literature as possible. The specification offers a large diversity in the tonal palette, while the voicing on moderate wind pressure admirably matches the intimate size of the recital hall. Sound diffusing panels on the side walls are part of the fine acoustics, while an adjustable acoustic system that involves draperies, fully retractable into closed pockets via motorized system, widens the spectrum of this multipurpose hall.

The Grand Orgue, which is based on a Bourdon 16’, features a full principal chorus and two contrasting flute stops at eight-foot pitch. The Récit, which is inspired by the French Symphonic school, proves to be very useful also for choral accompaniment, an important part of the organists’ training at Concordia. The expressive Positif echoes the Grand Orgue plenum and contains colour stops that enrich the tone palette of the instrument. The Pédale, which is rather independent in its design, provides the much-needed fundamental tone.

The organ is contained in a free-standing case of light stained oak that is the main focal point in the hall. The simple but elegant casework aims at enhancing verticality.

This project shows Casavant’s creativity in designing a modest-sized organ that is complete in its tonal design, to serve both the organ solo repertoire and choral music.